Mezzo-soprano Katya Powder is originally from the suburbs of our great Motor City – Detroit, Michigan. They received their Bachelor of Music in Vocal Performance and Music Education from Oakland University, and graduated with a Master of Music degree in Vocal Performance from Manhattan School of Music. Since 2005, Katya has been teaching private voice and piano lessons, adjudicating national competitions, hosting master classes, and working as a singer in both Metro-Detroit and New York City.

Katya is a classically trained mezzo-soprano; most recent operatic roles include Zita in Gianni Schicchi and Cléone in Pénélope, both of which received praise in Opera News and The New York Times, respectively. They also sang the world premiere of Margaret Ellen in Bettina Sheppard’s opera Stillwaters, a role written specifically for their voice by the composer. Katya sings with Detroit Opera, most recently in their production of La Bohème. Also an active church musician, Katya has performed as the alto soloist in Haydn’s Grosse Orgelsolomesse, Schubert’s Mass in C, Mozart’s Missa Brevis in G, and Handel’s Messiah.

Katya enjoys performing contemporary music, most recently with New York composer and guitarist Andrew McKenna Lee. They were a lead vocalist with Mr. Lee’s contemporary group, The Knells, and recorded and released a self-titled album with New Amsterdam Records in 2013. The album received wide critical acclaim in The New York Times, “Top 10 Best Overlooked Albums of 2013” in The New Yorker, “Best of 2013” in The New Republic, “Top 10 Albums” in Textura Magazine, and Time Out New York’s “Critic’s Pick”. Most recently, Katya enjoyed their New York City musical theatre debut as Mrs. Gardner in Pride and Prejudice, and was met with rave reviews, most notably by Nite Life Exchange who praised, “…her burnished mezzo-soprano gleamed effortlessly”.

Katya currently lives in the Metro-Detroit area as a vocalist and educator. 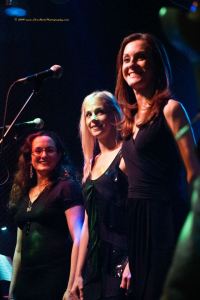 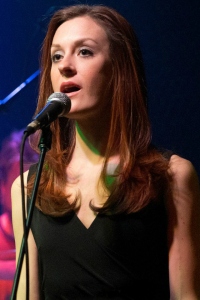 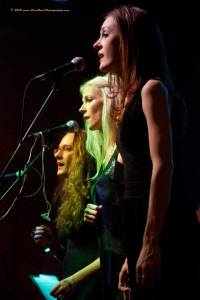